Are Dealerships open on Sundays in NJ?

A common question we receive here at DCH Paramus Honda is customers asking if car dealerships are open on Sundays in New Jersey (NJ). The answer is no. New Jersey is one of 18 states that restrict or ban car sales on Sundays. 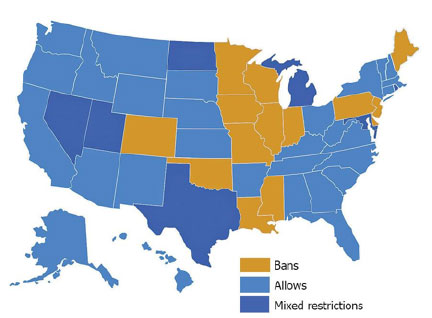 The ban on car sales on Sundays can be traced back to colonial laws, often called "Blue Laws", which were originally intended to enforce religious standards and restricted certain activities during times where people were expected to attend church services. There have been several attempts by local lawmakers to overturn this ban, all of which faced opposition from New Jersey Car Dealerships.

Why are Car Dealers in NJ opposed to being open on Sundays?

There are two main reasons why the majority of dealers are opposed to being open on Sundays. The first reason we commonly hear is that being in the retail business typically means that the employees work extensive hours and they appreciate having at least one guaranteed day to spend with their family. Yes, most employees may have a day off during the week but still find that day difficult to spend with family as spouses are usually at work themselves and children at school.

The other reason is that by being closed it helps to manage their operation costs. You would be surprised at how much overhead car dealerships have while open. The showrooms are usually very large buildings that require electricity, heating, air conditioning and a number of other costs to maintain. And don't forget about paying a large staff to be there. According to statistics from states that do have dealerships open on Sundays the amount of sales on those days are typically less than half of what their average sales are from the other 6 days of operation

What do customers shopping for a vehicle do on Sundays?

Most dealerships find that Sundays result in the highest amount of online inquiries for their stores, as customers are shopping at dealerships "virtual showrooms". DCH Paramus Honda has made it easy for customers to find information on our website, with easy links to New Honda Inventory, Used Car Inventory and Instant Price Quotes.

Despite being closed on Sundays DCH Paramus Honda has become not only the #1 sales volume Honda dealer in NJ, but also has consistently finished in the top 5 Honda dealerships in the nation year after year. Check out our dealership reviews to see what our customers have to say about us!